Click here to tell us about the great experience you had!

I've been fishing with Captain David Rowe on the Bayquest for 20 years now and I just returned from our latest trip. Rain or shine, summer or winter, Chesapeake bay or Potomac river, I come back as often as I can with my family, friends, and work associates because the experience is second to none on the water. Captain Rowe is a true professional who expertly blends his extensive knowledge of the local waters with superior customer service.
I have taken over a hundred fishing charters and Captain Rowe is the best that I have ever seen. He invests in good equipment and tackle. He knows the water, the winds, and the tides. Whether it's a frigid December day out in six-foot waves to catch trophy rockfish with the guys, or a summer morning on calm water reeling in bluefish and Spanish mackerel with family, Captain Rowe knows how to get it done. Doesn't matter if you're an old pro or it's your first time catching a fish - he will meet you where you are.
David is both a waterman and a biologist. He is an expert on the fishery and region and is happy to share his knowledge if his clients want to talk. David is deadly serious about the mission - finding and boating fish - but he shows everyone a great time in doing it. He is confident, assured, and careful in what he is doing as a boat captain, but he is responsive and flexible to his clients' wishes.
In addition, Captain Rowe always has a great mate aboard his boat to help the anglers do as much or as little of the "work" of fishing as they wish (changing bait, netting fish, etc.).Ray, who is often his mate right now, is no exception. Ray works very well with David, particularly in the welcomed minutes of chaos when lots of fish are striking on up to a dozen lines in the water - lines that somehow seldom get crossed. When fish get on aboard the Bayquest, they generally get in the boat.
A final reason why I enjoy fishing with Captain Rowe is the Bayquest itself. The custom-built 43-foot deadrise is large and comfortable. David and his mate keep it immaculately clean from start to finish. It comfortably fishes ten anglers and smaller groups have lots of room to move around. The Bayquest handles well in rough water and its design provides shade when it is hot and warmth when it is cold. And David seemingly has everything aboard; if a client forgot something, he has an extra.
Book a charter with Captain David Rowe on the Bayquest and you will be back to do it again!

Today was by far one of the most fun days that I have had in years, the Captain put us right on top the fish and we had 9 poles slam all at once, heck 4 out of the 9 were doubled up!! The first mate busted his butt all day long and made dag on sure we were all taken care of. Everyone had a ball, I'm pretty sure between the 8 of us that were fishing we landed well over 50 fish. We all left with a bag full of fresh filets that the crew cleaned and bagged for us. I 100% recommend these guys, they busted there tales, put us on the fish, and made sure we all were happy. Even with us catching the tale end of the season they made sure the poles stayed hooked up all day!!! We will be back, if today was like this we can only imagine what the fall will bring! Thank you guys again, we all will be passing on yalls information to everyone we know that loves to fish as much as we do! Take care, and God Bless

Captain David Rowe did yeoman's work maneuvering his 43-foot deadrise, the Bay Quest, into position above the oyster ground as wind-driven rollers rocked it like a toy. The longtime waterman managed to set his anchor in the Rappahannock River near Grey's Point, then walked to the vessel's stern to pick up a pair of hand tongs and plunge them into the depths to snatch up some oysters. It wasn't easy. The boat's rocking and rolling in the breezy weather made standing a challenge. But this wasn't Rowe's first rodeo, and he quickly managed to pull up a dozen or so of the tasty bivalves from the private oyster bed, dumping them out on a wooden culling board. "Anyone want to taste one?" he asked a gaggle of onlookers aboard the boat for a demonstration of an upcoming tour program. He pulled out an oyster knife to pop open up the craggy shell. Passenger Susan Cockrell wasted no time saying yes, slurping up the salty, meaty oyster from the half shell. "Awesome!" she said with a pump of her arm. It was all part of a kickoff for the new Virginia Watermen's Heritage Tour Program, which is now giving visitors an chance to see exactly how Virginia seafood gets harvested and brought to market. Like agricultural tours where folks pay to visit farms and learn how crops and milk are harvested, this new program aims to put paying tourists on boats with working watermen so they can learn about Virginia's waters and aquaculture. "The idea is to let people see how watermen catch crabs and fish and harvest oysters," said Glenn Markwith, program coordinator. "And to supplement watermen's income during the tourism season." Organizers also hope the tours help sell more Virginia seafood and boost the economies of rural communities. The program, inspired by a similar one in Maryland, is more than just having a handful of working watermen take tourists out on the Chesapeake Bay and its tributaries. Thanks to partners that include Rappahannock Community College, the Virginia Waterman's Association, the Virginia Tourism Corporation, Virginia Sea Grant and Chesapeake Environmental Communications, watermen who want to lead these tours are required to take a special course to help and prepare them for the endeavor. Jason Perry, the head of workforce development at RCC, said a 30-hour course was developed for the first round of prospective tour leaders. It covered topics ranging from the history and ecology of the bay to marketing, safety and licensing. He said that more than a dozen watermen took part in the initial course, many of them from the Northern Neck and Middle Peninsula. He noted that additional grant funding is expected to soon make it possible to offer courses for more watermen and prospective tour leaders in the Colonial Beach and Gloucester areas. Ken Smith, president of the waterman's association, said he likes the fact that it makes working watermen "ambassadors for a clean Bay," as no one knows better than they what needs to be done to clean up the resource. He also said it is getting "harder and harder for watermen to make a decent living on the water," and that this program can provide many of them with an additional source of income. Captain Rowe's outing last Friday was a demonstration of how tourists can customize for their trips by going to the program's website at watermentours.com. It's up to the passenger to say whether they want to focus on oystering, fishing, crabbing, water-to-table seafood tastings, scenic cruising, bird- or wildlife-watching, visiting historic sites and landmarks, floating classrooms or some mix of those options. To demonstrate some of those options, Rowe - who hails from Lottsburg in Northumberland County - followed up his oyster harvesting with a look at a crab pot, a demonstration of a crabbing dredge and details of local Northern Neck history. Maurice Jones, Virginia's secretary of commerce and trade, was on the boat for the tour. He noted that the Heritage Tours program dovetails well with the way state officials are trying to diversify the tourism industry, which brings in $21.5 billion a year. "Our approach is working to put high-functioning teams onto the field," he said, noting that using specially trained watermen to tell visitors about the seafood industry is a perfect example of that.

Featured In The Free Lance-Star 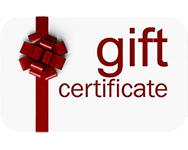